While solar panels will absolutely reduce your monthly electricity bill, there's a common misconception that once a solar system is up and running, utility bills will remain low forever. In reality, there are a few reasons why one might see a spike in their electricity bill from time to time.

Solar panels produce what's known as intermittent energy. This term simply means that the electricity produced by solar panels is dependent on external factors that can't be controlled, like weather. If it's a cloudy day outside, solar panels won't produce as much electricity as a sunny day.

Likewise, when it's dark outside, solar modules won't produce energy at all.

In times of little to no energy production, a home will have no other choice than to pull electricity from the grid. Any electricity that is pulled from the grid will lead to additional costs on your electric bill.

Similarly, time of year will affect solar production as well. For example, winter months are typically a time of low solar production in the northern hemisphere due to shorter days and longer nights. During this time of year, anticipate your solar supply to be lower than usual, resulting in heavier reliance on electricity from your utility. See a comparison of the percentage of sunshine from sunrise to sunset in your state during summer versus winter in the table below.

Most residential solar installations today use monocrystalline panels, which have an energy production rate of about 18-22%. That being said, solar panel efficiency can certainly fluctuate.

One factor to consider is the position of the solar panels. If it can be helped, solar modules should be south-facing as this is the direction where they will receive the most solar radiation. If they are facing a different direction, don't be surprised if your panels aren't producing as much electricity as you imagined.

Secondly, panels should not be installed in areas that are heavily shaded. Shade will undoubtedly affect panel performance.

Finally, humans make mistakes. While a poor installation is probably the least likely of a solar panel's efficiency problems, it can happen. If you suspect a faulty system, get in touch with your installer so they can conduct a proper inspection.

Using More Energy Than You're Producing

It happens. You get a new appliance or a fancy new device for your home office - whatever. These things will inevitably result in the use of more energy. If this occurs, and your panels can't keep up with the electric demands of your home, then your home will start to pull from your local utility resulting in new charges on your monthly bill.

Another example of this might occur around the holidays. If you put up Christmas lights, your home will require more energy than say, it did in the summer or fall. It's important to be mindful of these changes in your electric behavior so raised bill prices won't come as a surprise.

Many utilities employ billing mechanisms in an attempt to offset strain on the electric grid. One of these is what's known as peak demand charges. Exactly like they sound, these are accrued charges for electricity use during times when demand is high. This means that if you use an appliance that requires a lot of energy at a time when a lot of other people "demand" electricity - like running your AC during the middle of summer - it's likely your utility company will include higher charges on your bill. The goal of demand charging is to encourage homeowners to lessen their electricity usage when the grid is most affected - AKA during "on-peak" hours. Peak hours do vary depending on the time of year, but an easy way to think about it is to think about when most people are home. During the workweek, on-peak hours typically occur in the evening when many people are home and using a lot of appliances.

A good way to stay vigilant about using your appliances less during times of high demand is to understand how your utility applies demand charges. In short, the electric company determines when on-peak hours are based on the need for electricity during specific times of day. These are broken down into half hour or one hour intervals, depending on your electric company. It is during these hours that the price per kWh is higher. When it comes time to bill you, your utility company will locate your highest on-peak hour during that month. The total kWhs used during that hour are then multiplied by the set demand charge.

For example, say your utility company has set their demand charge at $16.75, and your highest spike in electricity for the month was 8 kWh used. To figure out your demand charge for the month, you take $16.75 x 8 kW for a grand total of $134. The total amount will be added onto your electricity bill in addition to your regular usage rates.

If your home is pulling electricity from your solar panels during on-peak hours, you can avoid these additional charges. But if for some reason your home needed to pull electricity from the grid, you'll notice these charges on your bill.

If you want a way to lower your electricity bill, installing solar panels on your house is an excellent way to reduce your reliance on the electrical grid, in turn lowering your monthly energy bill. But it’s important to be aware that there are a number of factors that can cause fluctuation in what you owe your utility company from month to month. Being hyper aware of your energy consumption during different times of the day is a great way to control how much electricity your home requires so you can make sure the majority of your energy is coming from your solar panels and not the grid.

Are solar panels worth it in Texas? 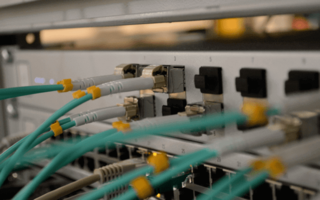 Do I need smart home wiring?