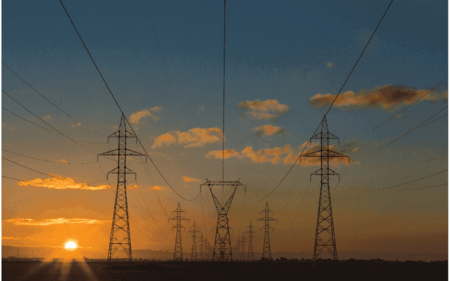 For decades the United States has had an electrical grid that millions of people have trusted to supply power to their homes and devices. Largely considered the largest complex machine ever built by man, the grid has been dependable since its introduction in 1890. However, over the years there have been a number of factors that have threatened its reliability - with climate change at the top of that list.

A "Dirty" State of Affairs

It's no secret that today's electricity generation in the U.S. is largely powered by fossil fuels. And as long as we continue to depend on fossil fuels for energy, the more we perpetuate the climate crisis by emitting unnecessary amounts of greenhouse gasses into the atmosphere. The weather events we're experiencing today are the result of about 33 degrees fahrenheit of warming since a pre-industrial society. And without major modification to how we contribute to the current climate crisis, the Intergovernmental Panel on Climate Change projects warming to increase to nearly 40 degrees fahrenheit by the year 2100.

As you might imagine, this has catastrophic consequences - like changing rainfall patterns and increasing droughts and wildfires - all of which affect our power grid at every level. From energy generation to distribution to transmission, electricity disruptions will be prevalent across the country, costing utility companies and customers billions of dollars.

To put it into perspective, the U.S. experienced a 60% increase in major blackout events from severe weather in just five years from 2015 to 2020. 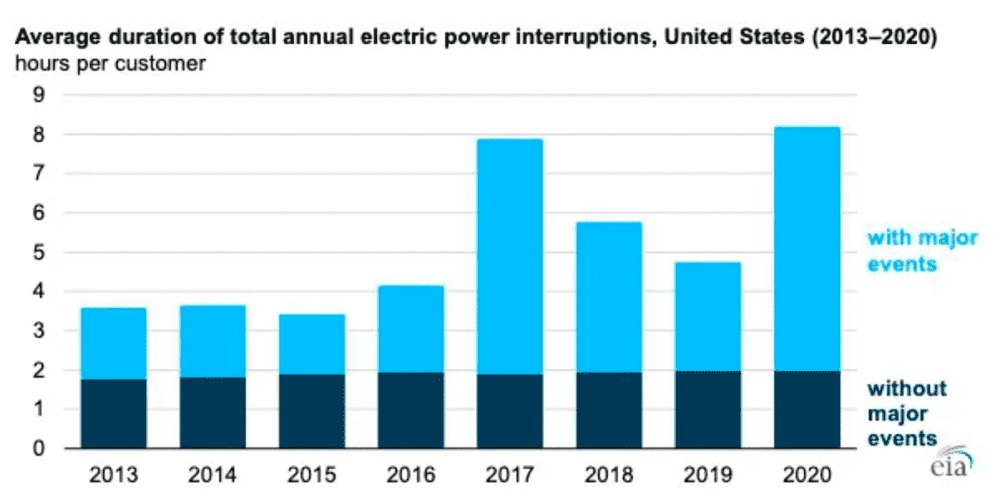 At the rate we're heading, we can't continue to rely on resources that are directly contributing to our grid's downfall. Instead, we must focus efforts on transitioning to clean energy alternatives to restore grid flexibility.

The concepts of grid reliability and resilience are straightforward. A reliable grid is one customers can count on. It's the job of the utility company to manage electricity supply, demand and transmission in a safe and sufficient way so end users can trust that their lights will turn on when they flip a switch.

On the other hand, grid resilience is an intentional approach to prepare for and navigate through electricity disruptions. Utilities will often implement incentives, also known as distributed energy resources, to help enhance energy resilience. A few examples of these include solar PV + storage systems, virtual power plants and demand response, all of which relieve tension on the grid by offering responsive alternatives to electricity supply and demand when energy consumption is high.

Companies in the U.S. are pitching in, too. Lumin has engineered both hardware and software that puts homeowners in control of their energy consumption. Features within Lumin’s app allow end users to shed circuits at times of peak demand to save on their energy bill, or during an outage to conserve electricity if their home has a battery backup system in place. Soon, Lumin is taking it one step further by delivering insights about where a home is drawing its power from: renewable energy sources or fossil fuels.

Who has the most reliable power grid?

According to Drax, France had the most reliable electric grid of any country with a population of more than five million people, having avoided a power outage for 10 years in 2019! In comparison, the U.S. came in at number nine out of the 10 countries reviewed: 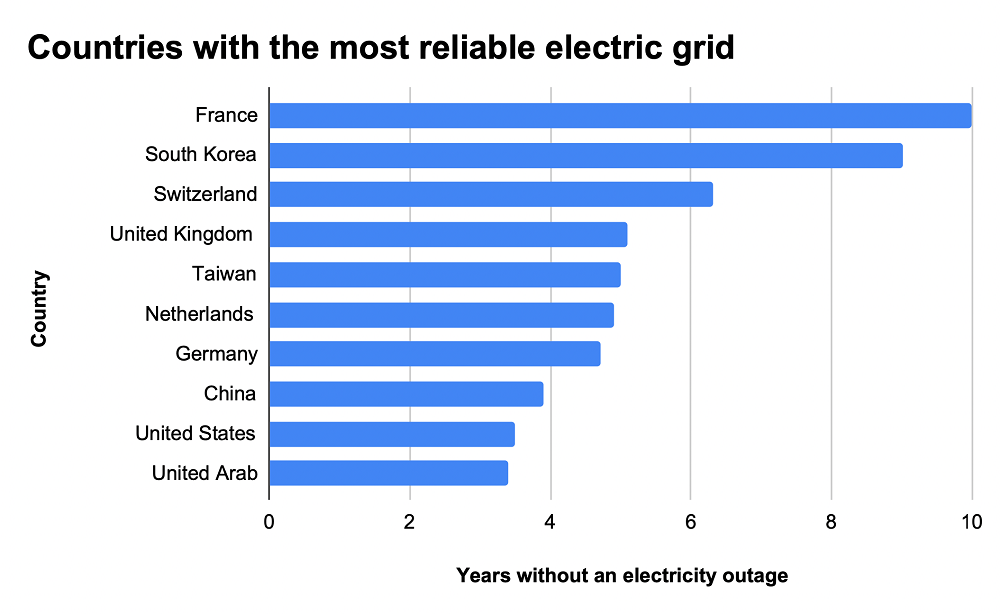 Drax cites one major reason for France's grid reliability is its extensive fleet of nuclear power plants which made up 70% of its energy generation in 2017. Looking ahead to the future, however, France has begun to increase its renewable energy generation, as well as importing and exporting energy with its neighboring countries to keep their electricity supply stable.

While sustainable energy sources are top of mind around the globe and right here in the U.S., a further enhancement to our electrical system is being discussed amongst policymakers that intertwine grid reliability and resilience. Enter: the smart grid.

The U.S. experienced a 60% increase in major blackout events from severe weather in just five years from 2015 to 2020.

Much like the Internet and other smart technologies, the smart grid is a complex system made up of technological advancements that's able to respond digitally in real time to our ever changing electricity demand, bringing an entirely new meaning to reliability and efficiency. As it stands today, a power outage can affect important economic infrastructures like transportation, communication and banking. It adds a level of resiliency the "old" grid can't comprehend.

For example, if a natural disaster emergency occurs - like an earthquake - a smart grid can automatically reroute when an equipment failure occurs.

Furthermore, it can isolate power outages before they become widespread blackouts.

Why is the smart grid reliable?

With increased energy availability, flexibility and automation comes a variety of benefits both electric companies and consumers alike can enjoy.

By employing the use of technology, a smart energy grid blurs the line between grid reliability and resilience. Its ability to act in real time maintains its stability while simultaneously redistributing traditional and sustainable resources to remain vigilant and adaptable.

Climate change is one of the biggest threats to our electric grid. The current rate at which we're relying on fossil fuels to power our world is setting off alarm bells across the globe. In order to fight the climate crisis and maintain energy stability we need to implement strategies that increase grid resilience and transform an entire industry as we know it.

What is a virtual power plant?