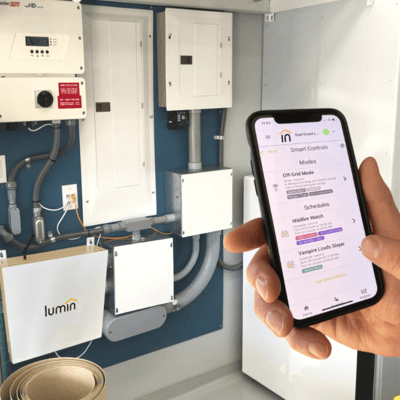 Although Robbie Robertson might not have been thinking about energy load shifting when writing the lyrics for "The Weight," the 1968 hit by The Band does offer up a pretty good analogy. "And (and) (and) you put the load right on me" could be sung for every energy load shifted, whether in the name of cutting CO2 from the atmosphere or kWh from your electric bill.

Load Shifting Is Not a New Concept

What is load shifting, exactly? I's a technique used to reduce energy load by shifting it from peak hours to off-peak hours. It's also one of the best energy cost-saving strategies available for homeowners. First used for power demand regulation in the late 1930s, utilities used the technique to level out the peaks and valleys of energy usage. The idea gained more traction among residential energy customers in the 1980s and has been growing steadily ever since. For homeowners, load shifting means making a deliberate effort to move your electricity consumption (or "load") to off peak hours - e.g, by moving your usual after-dinner dishwasher run to lunch time the next day. It's a simple concept that can make a difference over time.

For serious cost savings, though, you need to do load shifts systematically. Consider using your "power hog" appliances during sunshine hours when energy is plentiful, rather than at peak times when most households are trying to do the same thing. You can also load shift by using a timer on your appliances or a remote switching device. Installing energy storage in your home can optimize the entire process. Leveling out your energy load is good for the grid as well as your wallet. Here are other ways to shift load:

While it may sound revolutionary, load shifting has been used as a dynamic load management technique by utilities for decades and is steadily being advanced. Balancing supply and demand makes sense for energy companies and customers alike. Smart technology and energy storage systems are now making the load-shifting process easier and more efficient than ever.

Leveling out your energy load is good for the grid as well as your wallet.

What is Peak Power Shaving?

Peak power shaving is a strategy used by consumers to reduce energy costs through load shifting. In other words, shifting loads from peak to non-peak hours for the purpose of saving money on your electric bill. Also known as "peak load shaving," the term is used mainly for residential energy users. Peak shaving is a cost saving technique, whereas load shifting is an energy management technique that also has cost saving benefits. It's a subtle difference and the two terms are sometimes used interchangeably. How does it work? By temporarily cutting your power consumption (or "load shedding") during peak times, you can avoid the peak rates.

Sporadic load shifts will not make much of a difference. But when done with multiple home appliances and devices over multiple days, the impact adds up. When done at the commercial level, it's a major cost-saving operation. Although load-shedding and load-shifting produce obvious benefits, they also contribute to a growing problem: the growing costs of energy. Which sounds nonsensical, until you consider it more closely. Energy conservation and customer-generated solar mean good things for the environment - but they also lead to declining electricity sales. So utilities raise rates to compensate and to cover fixed costs for infrastructure, wildfire mitigation, subsidies, and more. Shifting demand on the consumer side mixed with dynamic variable pricing from energy providers makes things more unpredictable. For customers in time-of-use (TOU) rate areas like California, these factors have resulted in skyrocketing electricity costs - which have sent them searching for solar and energy storage solutions in record numbers.

Solar energy storage can work in tandem with load management during peak demand hours to bring down electricity costs further. To take advantage of TOU and other variable pricing schemes, you can charge your energy storage devices during off-peak times, then use that power later when electricity rates are at a premium. Implementing your own load shift and peak storage strategies takes time and attention. You might consider a solar plus storage system to handle some work for you. Energy storage solutions like these can make peak load shifting easier and far more effective. The Lumin Smart Panel's technology, for example, enables responsive load management that can adjust automatically to battery storage status, electricity pricing, and more. You determine your own load-shifting strategy and call the shots.

As a consumer, you can play a role in the operation of the electric grid - and be rewarded for your work. Financial incentives like time-based rates and critical peak rebates make load shifts profitable. By reducing or shifting loads during peak periods, you also help utilities with load regulation. Designed to balance supply and demand, these demand response programs can lower the cost of electricity at the wholesale level, which trickles down to lower rates on your electric bill.

In some regions, homebuilders and commercial property owners may be incentivized during construction to install energy storage or complete energy management systems from the start. With solar energy storage and responsive technology, homeowners or tenants can not only save, but also make money.

Energy providers already have some innovative incentive programs to get customers in on the action. Columbia, Missouri's load shedding program reduces electric demand through voluntary load shifting or shedding. As an incentive, customers get credits on their energy bills of $3 per month for each kilowatt shed.

In California, PG&E offers a range of "demand response" programs that incentivize customers to temporarily reduce or shift load on days when demand for energy is at its highest. Shifting demand is a vital part of regional load management and energy regulation. By temporarily reducing electricity use when demand could outpace supply, we avoid blackouts, brownouts, and the need to build more power plants.

Saving money is not the only incentive. By shifting loads you're also shifting demand on the electricity grid. Peak load shaving can also save the grid from power outages and other disruptions. Adding battery storage to your solar panel installation enables load shifting, making the process more efficient. Whole-home battery backup takes this one step further, providing energy storage, backup power, and circuit protection, along with energy management across the board. Take the Lumin Smart Panel, for example, which is always on the lookout for grid outages. When detecting one, it sheds loads up to 60A each. Those not marked as "protected" will be shed immediately, but as the power outage progresses, the homeowner has the option to enable different circuits - without damaging the battery or depleting it too quickly. Lumin's dynamic load management technology automates the process and makes it seamless - while still giving homeowners ultimate control and flexibility.

Load shifting works best when connected to a smart electrical panel. With a platform like the Lumin smart panel, you can shift loads with ease and achieve new levels of energy efficiency. Lumin's responsive technology enables automated load-shifting, programmed to your own specific needs. With its smartphone app, you can load shift remotely from wherever you are. With integrated energy storage, Lumin helps you shift load or curb usage during peak hours - and later draw your peak storage power instead of the expensive stuff from the grid. Its intelligent software has the difficult tasks covered. You don't need to be an engineer or an economist to figure it all out.

Lumin's Responsive Platform Works With Any Battery Plus Storage System

If you're looking for a responsive platform, the Lumin solar plus storage system does it all. But you don't need a brand new load center or a new battery to make use of Lumin's technology - it's extremely versatile and compatible with most energy systems. Lumin's smart panel can be installed with integrated battery storage - or can be used with any existing energy storage system. That's just one reason why it's the leader in responsive energy management.

Lumin is Ready to Become Your Intelligent Energy Partner

Load shifting alone can help you reduce your energy bills. Load shifting and energy storage together can help you reduce your reliance on the grid altogether. With integrated or add-on energy storage, the Lumin smart panel is the ultimate solution for responsive energy management and makes shifting energy loads a breeze. It optimizes all your energy-saving efforts and helps you reap greater rewards. Lumin's intelligent energy management system:

You can only do so much of the heavy lifting on your own. Find out how Lumin's responsive technology can lighten your load and shift your energy efficiency into high gear. 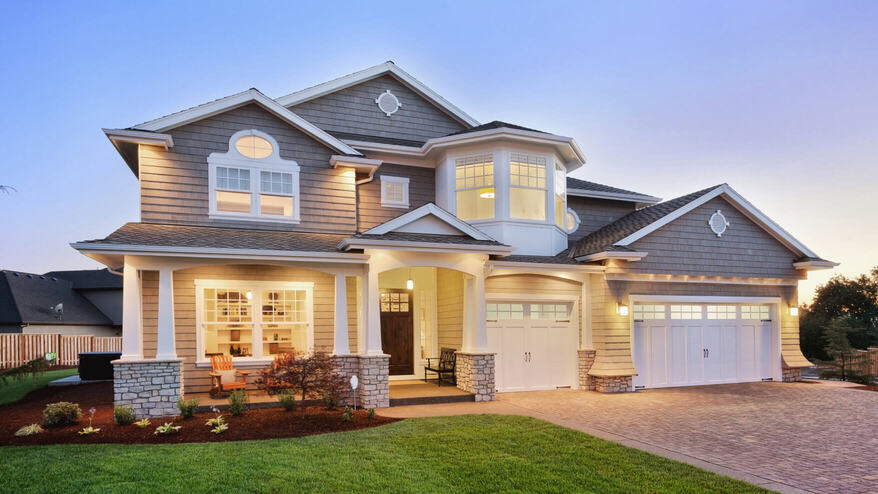 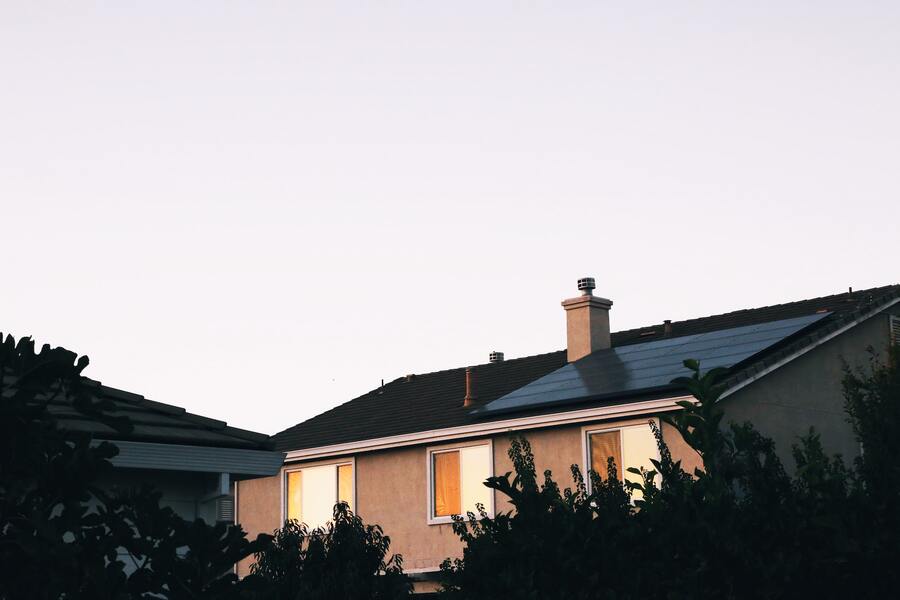 Importance of Power Backup for Home During Outages 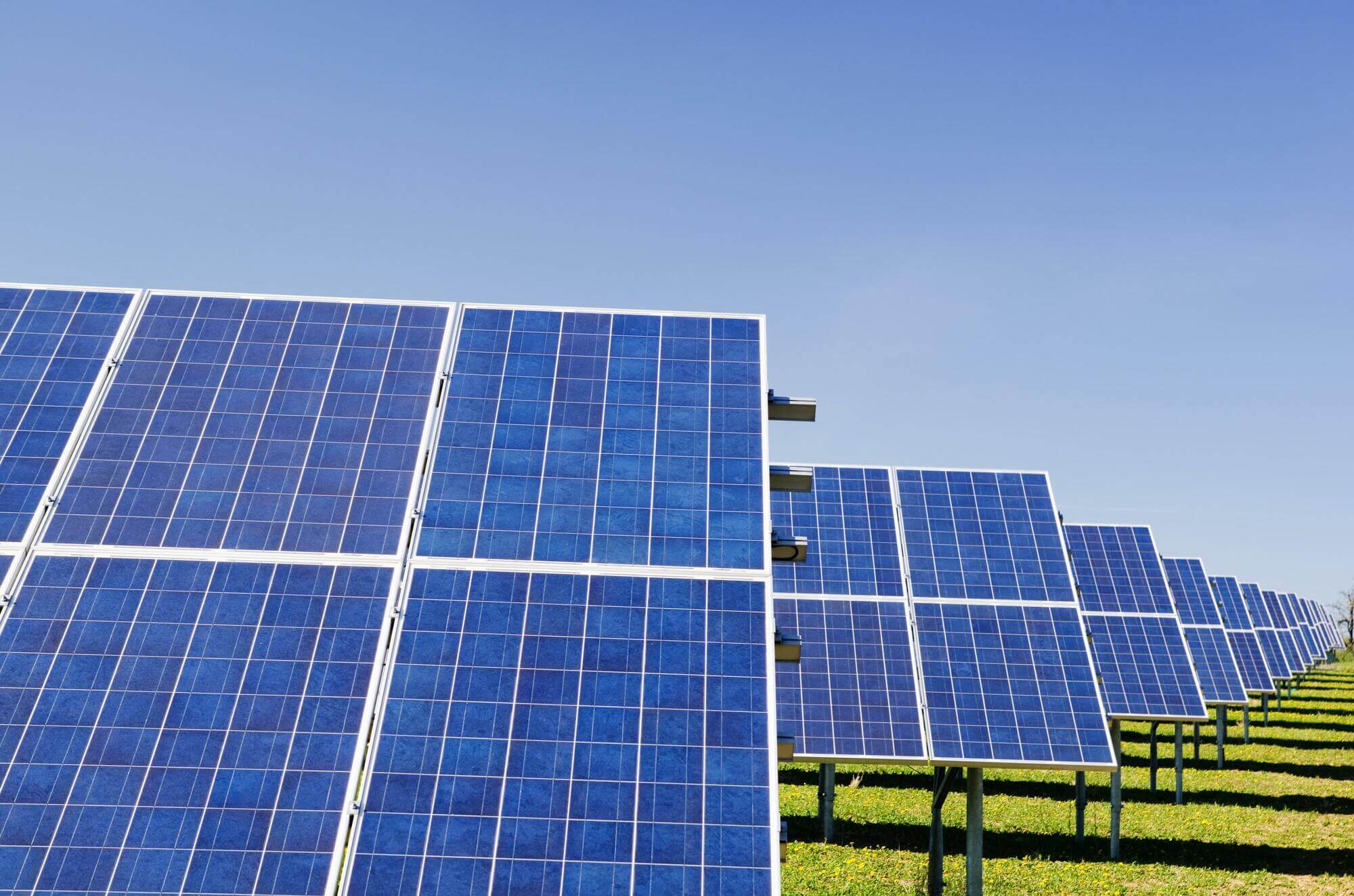